Since my last post I finally got in some time actually doing the sport I train for, rock climbing. Last Saturday I drove out to Joshua Tree National Park and camped with several friends and American Alpine Club members. Sunday we went to a climbing area there called the “Hall Of Horrors” and did about a half dozen good climbs. The first lead, our warm up route, was mine. The climb was an easy classic, “Lazy Days,” 5.7. Since I have not climbed any rock for several weeks due to travelling and other demands, I felt a bit wooden at first. By the time I was halfway up the climb I felt great. It was a stellar day with many more good climbs.

Monday and Wednesday I went climbing with a legend of the sport, Phil Bircheff. Among Phil’s numerous first ascents was his 1976 climb, along with Dave Bircheff and Jim Pettigrew, of the classic “Lurking Fear” on Yosemite’s grandest monolith, El Capitan. This climb is done in 18 pitches, ascending more than 2000 feet of vertical granite. Phil is 64 now, sports a lean and sinewy figure, and regularly out-performs climbers who could be his grand kids.

Tuesday Phil and I were joined by Cole Gibson, a local climber and talented video producer. Wed. I went out again with Phil, and he showed me the “Wailing Sax” wall, a cliff in Joshua Tree I have never climbed (there aren’t very many of those). It was great! Here’s a couple shots of Phil leading a runout 5.10 climb called Maiden Voyage.

Phil is also an outstanding artist. Here he is at Tuttle Creek Campground with statues he carved from black marble he quarried himself of Legendary mountaineer Hermann Buhl, and John Muir. 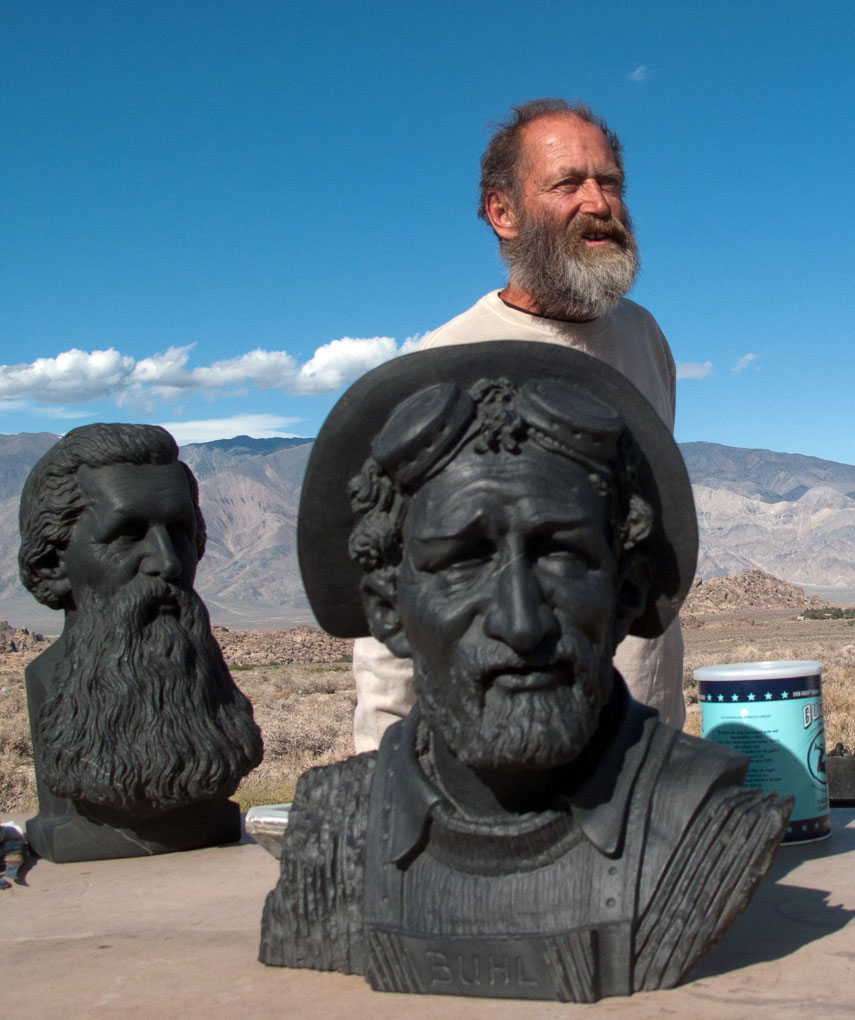